Of all the profound changes Cork’s Spike Island has undergone during its recorded 1,300-year history, perhaps the most significant is that all those who go there now do so willingly.

For a time, it was the largest prison on earth – housing 2,300 inmates – and a venue for the most squalid, inhumane internment imaginable.

Enveloped by the sprawling Cork Harbour, off the coast of Cobh, Spike has served as a jail on four occasions (as recently as 2004) across the centuries, punctuated by periods as a naval and military redoubt.

Indeed, Spike’s is a storied – often horrifying – past but, over the last two years, the island has become synonymous with learning and curious exploration.

How inmates lived on Spike (SpikeIsland.ie)

On June 4th, 2016, following a €5.5m investment for refurbishments from Fáilte Ireland and Cork County Council, it was reopened as a visitor centre.

In the interim, scores of history buffs of all stripe have taken the short boat ride from Cobh’s Kennedy Pier, to be regaled with tales of murder, miracles, madness and malnutrition.

A World Travel Award for ‘Europe’s Leading Tourist Attraction,’ has also followed, providing invaluable global exposure, while those behind the scenes are projecting as many as 60,000 visitors throughout 2018. Unsurprisingly, Spike is now an essential outpost on the burgeoning tourism region Ireland’s Ancient East.

As the head tour guide on Spike, few people know the island’s history quite like John Flynn, who speaks with equal enthusiasm and clarity about its present and future.

“We do believe that we have something special in our hands with Spike Island,” he said. “Having won the awards, we’re finding a lot of international people and historical societies are coming to visit us on Spike, which is great.

“And, even though the island of Spike is developing, the core history won’t be lost. Nor will those personal stories, communicated by our guides, because it’s something that tourists have been saying on TripAdvisor, that you don’t get that personal touch elsewhere.”

And, although Spike offers a variety of tours to visitors, the overriding reaction at the conclusion of a guided outing, according to John Flynn, is one of surprise.

“The most common bits of feedback we get from visitors is that they didn’t realise just how big the island (24 acres) was and the amount of history here. It goes right back to the 7th century, and it was a prison four times, first in the 1600s.

“Then it became the biggest prison in the world, from 1847-1883, and opened up again as a prison during the War of Independence and then, from 1985-2004, it came full circle by becoming a prison again.

“Mixed in between that, you have a family life and some unbelievable characters who stayed on the island; convicts, captains, saints, sinners, madmen and monks – there’s just an incredible amount of history.”

Despite the considerable renovation Spike underwent, the existing buildings were left largely untouched, while no amount of modernization could expunge the sheer horror that occurred there. 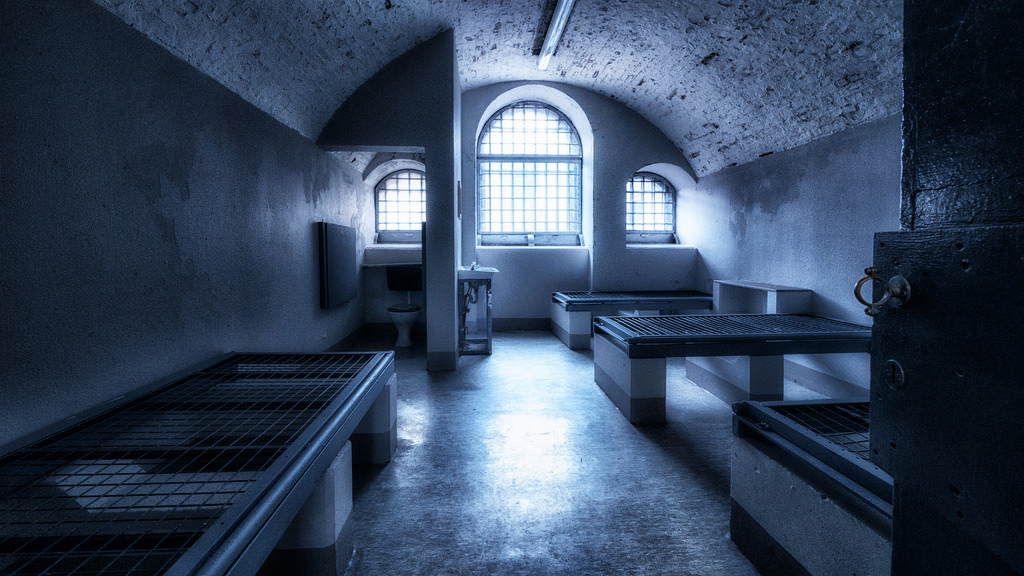 During Cromwellian times, men endured the most gruelling, back-breaking labour before being sold into slavery, often to sugar plantations in West Indies. And, over the course of the Great Famine, an estimated 1,200 inmates perished in just seven years.

There is no record of a single execution on Spike so these men, many of whom were no more than starving petty thieves, were not fortunate enough to meet such a swift demise. Archaeologists believe there are up 1,000 bodies beneath the embankment on the east side of the island.

Those who did survive the claustrophobic, dehumanizing environs – cells held up to 12 men at a time – were shipped off to Australia.

“There was massive overcrowding and, if you look at the records we have, in those first few years there were so many people dying,” John Flynn said. “But then, as the number of convicts came down, it stabilised again.

“From 1847 to 1852, you would have had a raft of people dying all the time – from gangrene, malnutrition, hard labour, suicide or insanity. We do have evidence of solitary cells, underneath Spike Island, and it was a dungeon-style prison and we know these men were locked up for 23.5 hours a day.

“One of the reasons why it probably closed as a convict depot is because, by the time these men went over to Australia from Spike Island, they were broken, physically and mentally. So, it reverted back to a British military base.”

So valuable was Spike to the British Empire, given its proximity to the Atlantic Ocean, the Irish Free State had been established for 17 years before they handed it back. Even a cursory look at the premises will tell you exactly why.

The star-shaped fort sits atop sloping banks and boasts incredible vantage points to survey the harbour and beyond. Indeed, it is surrounded by ramparts and accessible via looming entrance gate. Beneath its bastion tunnels are mounted 6” naval guns, while Ireland’s largest gun park was added during reconstruction. 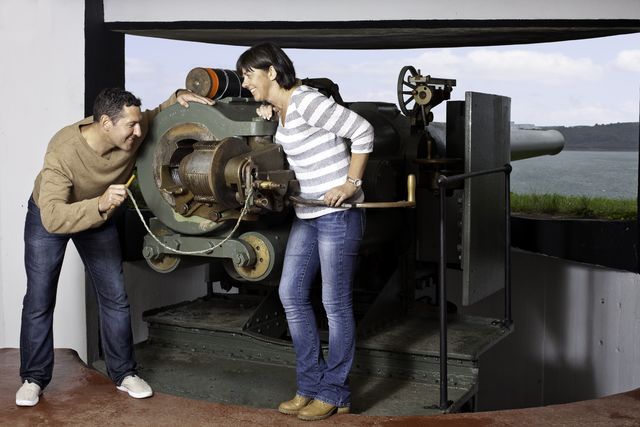 Long before the mass incarceration and stockpiling of military might, in the 7th century, Spike was a place of quiet reflection for Christian ascetics, allegedly led by Saint Mochuada, who is said to have cured a man of blindness there.

These often brutal, but instructive epochs in Irish history are relayed in a variety of ways by those entrusted with Spike, where the onus is to truly engage the visitor.

“We like to give people options; you can do the guided tour, you can do the whole tour by yourself or you can download a free app on your phone, and that becomes a tour guide,” John Flynn said.

“There’s also an audio guide in different languages, so people have a lot of options when they’re here.

“But, it’s all still based on the island’s core history, and telling people exactly what happened. I think that’s why people are leaving amazed because they didn’t realise just how much history is here.” 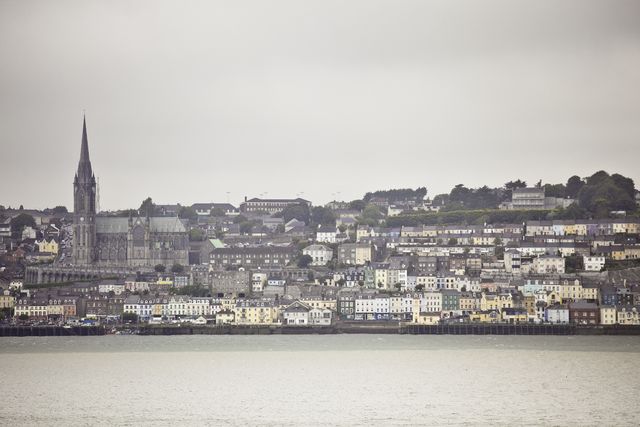 Beyond the fort, the sights and sounds are spectacular, and there are plans in place to build a bespoke Spike walking trail – along with overnight accommodation and an aquarium – and John Flynn, a Cobh native, believes the island to be just one of multiple unmissable destinations in the immediate area.

“At the end of each tour, we suggest a visit to Cork Harbour to people, because the view from there is absolutely amazing. The best view of where the Titanic was would be at the back of Spike Island.

“People will often come just for the views. We have St Colman’s Cathedral on one side of Spike, looking back towards Cobh, and then there is the beautiful little Victorian town of Cobh, while the harbour is on the other.

“We’re working on a Spike Island trail, which will be designed so people know the history behind every step of the trail. We’re certainly aware that it’s about more than just tours.”

It would be more than little ironic to call Spike Island an overnight sensation but, as manager John Crotty said, the growth of its profile since reopening has been simply astounding.

“Just two years ago, we were unknown even locally, so this should be the year we see the international visitors really pay attention, particularly after our awards.

“We had about 13% international in 2017 and 87% domestic, and we are confident we can get that to 40% in three years, with a five-year plan to have 50% international visitors. Just 3% were school tours, we are just scratching the surface there also.”