10 Things to Do in Cork Before You Die

10 Things to Do in Cork Before You Die

County Cork, specifically Cork City, is one of the most vibrant areas in Ireland, with so much to do and see. Here are 10 of the best things to do in Cork, to make your stay all the more memorable. There are many attractions within Cork City itself, but if you are interested in exploring some of the stunning south coast of Cork, a car rental with Car Rental Ireland.com is the way forward.

10 – Walk Around St Patrick’s
Cork City’s main road, St. Patrick Street, is lined with a variety of stores, and has become one of the main shopping areas in the downtown neighborhood. Scattered along the road are street furniture and pedestrian walkways, for those who just want to relax and pass the time away. A prominent figure on the street is the statue of Father Theobald Matthew, which is situated near St. Patrick’s Bridge.

9 – Firtzgerald’s Park
Near the River Lee is Fitzgerald’s Park, an ideal place to stroll around. On the park itself, one will find a café known as the Tea house, and the Georgian house, where the Cork Public Museum lies. The University College York is located at the end of the park by the river. Inside the University is a display of Ogham Stones and the Homan Chapel.

8 – Kiss The Blarney Stone
Blarney Castle, which is located near the River Martin, is home of the famous Blarney Stone. This stone is also known as the Stone of Eloquence, as it allegedly bestows eloquence to those who kiss it.

Aside from the Blarney Stone, the Blarney Castle also has another hidden gem. The Rocklose Gardens surround the castle, and are filled with rock formations. There is also a mansion, known as Blarney House, which is open to all. 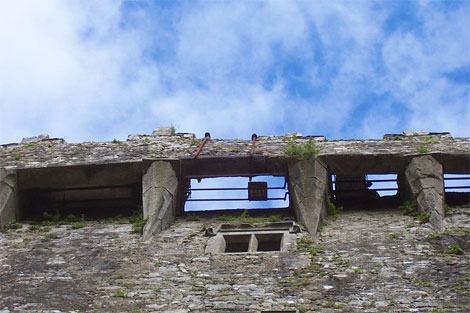 Another must-see for tourists is Shandon Church, which lies on a hill near the river. The Shandon Steeple, along with the Shandon Bells, can be seen from various areas in the city.

6 – Explore Cork City’s Past with a Museum Tour
Near the Shandon Church lies the Cork Butter Museum. In the past, Cork was a center of butter trade. The museum focuses on the history of this trade, and even includes an exhibit showing how butter is made traditionally.

Another place to visit is the Cork City Gaol, which looks like a castle from outside. It has been converted into a museum depicting the gaol’s history.

5 – Gaelic Sports
Gaelic sports, such as Gaelic football and hurling, are played during the summer at the Pairc Ui Chaoimh Stadium, located at Cork’s Marina Walk. Also try out several spectator sports, such as Horse Racing and Greyhound Racing in Curraheen Park.

4 – Markets in Cork
The English Market is the usual source of ingredients of most restaurants in the area. Also check out the Coal Quay Market, especially during Fridays and Saturdays. You’re bound to find a treasure amidst all the home-baked pastries, organic goods, furniture, clothes and even instruments. 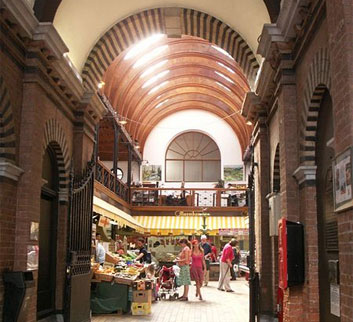 3 – Enjoy the Tastes of Cork
Cork has an abundance of restaurants in the area. You can choose from a number of restaurants serving traditional and contemporary Irish cuisine, such as Crawford Gallery Café. Other places, such as Greenes and Jacques, serve international meals. Beamish and Crawford Brewery in South Main St. is another tourist attraction, where visitors are allowed to take a taste test after the tour.

2 – Party On In Cork
There are many things to do in Cork at night. For those who enjoy culture, the Cork Arts Theater and Everyman Palace might have what you want. Some of the more popular bars in Cork include O’ Flaherty’s, Brú Bar and Old Oak. There are also music clubs and dance clubs, such as Half Moon and Club FX.

1 – Enjoy the Festivals
If you’re looking for festivals, then you came to the right place. Local and international artists come to perform in Cork’s Guinness Jazz Festival and the Cork International Choral Festival. For those looking for a taste of culture, plan your trip around the Cork Midsummer Festival or the Cork Arts Festival. Cork’s St. Patrick festivities should also not be missed!

A excellent guide on Renting a car in Ireland is available here and a free car rental checklist!