Top 10 Things to Do in Dublin Before You Die

Top 10 Things to Do in Dublin Before You Die

Situated on Ireland’s east coast, Dublin is Ireland’s capital as well as its largest city. Dublin has an overwhelming plethora of activities and vacationer pursuits on offer including of museums, art and cultural exhibitions and spectacular sights.

Many of the attractions listed below are accessible by foot or by public transport, but for trips to Glendalough a car rental might be required. Ireland Car Rental offer excellent rates and have a location within 5 minutes walk from Trinity College in Dublin City Center. These would be available on the route planner if you wished to build your road trip!

It would be no surprise if a first-time visitor to this pulsating city were to get confused as to what do and which places to visit while in Dublin. Nonetheless, there are at least 10 spots in Dublin that should not go unvisited during any visit to the city:

10 – Glendalough
Glendalough, which means Glen of the Two Lakes, is an idyllic deserted village located in the Wicklow Mountains, about 50 kilometers from Dublin. In spite of this, Glendalough is easily accessible by car and can be reached in about 55 minutes to an hour.

Glendalough is home to a former monastery which was established in the 6th century. The nature-lover and adventure-seeker would surely love Glendalough as it is blessed with a spectacular view of hills and the lakes.

9 – Kilmainham Gaol
First built in 1796, Kilmainham Gaol operated as a prison for 140 years. During this time, it detained many a notable Irishman and as such holds a key role in the annals of Ireland. It is located in the suburb of Kilmainham, and can be easily reached via taxi or bus from Dublin City Center. In 1924, Kilmainham Gaol ceased to be a jail as declared by the Irish Free State. 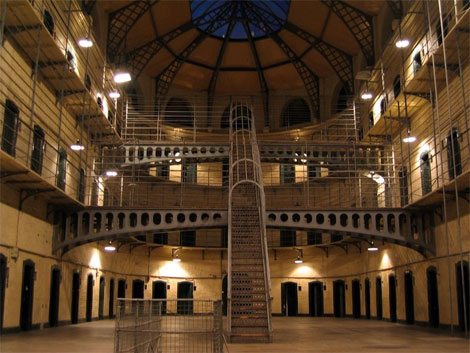 8 – Georgian Dublin
Dublin is known for being home to incredible Georgian architecture that one cannot walk through this city without admiring such spectacular architecture. Anyone with a love for architecture will surely derive pleasure out of a mere stroll through the city.

One of the more famous attractions would be No. 29 Fitzwilliam Street Lower, a monument to Georgian architecture which has been restored to its full glory, complete with furnishings which can only be apt for how a truly Georgian house should be. 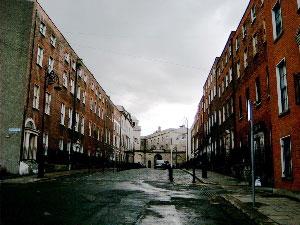 7 – Trinity College
Tactically placed in the center of Dublin at the end of Grafton Street and indicating the beginning of Dame Street, Trinity College is highly accessible and can be very easily reached from any point in Dublin.

Started by Queen Elizabeth I in 1592, Trinity College is the most long-standing and most esteemed college in the island of Ireland. Also, according to the Times Higher Education Supplement Global Ranking, Trinity College is placed number 53 among all colleges world-wide. Still another claim to fame is the Book of Kells. Found in the Trinity College Library, this illumined document is considered to be one of Ireland’s priceless treasures. 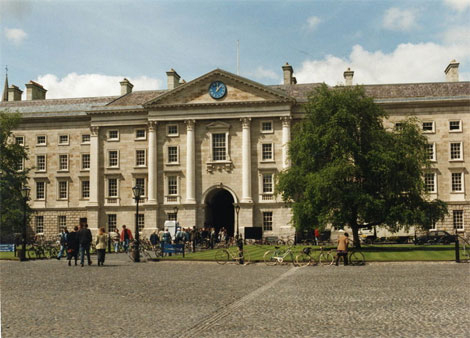 6 – Dublin Zoo
Dublin Zoo is the biggest zoo in the island of Ireland, and is located in Phoenix Park. Although it is quite a long way off from Dublin City Center to reach by foot, it can be easily accessed via bus or taxi.

Established in 1830, Dublin Zoo is the world’s fourth oldest zoo and is home to more than 235 species of wildlife and animals. Dublin Zoo is divided in to 6 areas, each with its own theme. These are African Plains, Fringes of the Arctic, The Kzirange Forest Trail, World of Primates, World of Cats, and City Farm and Pet’s Corner. 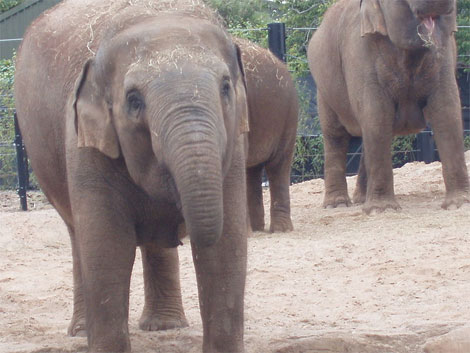 5 – Dublin Castle
Located off Dame Street, Dublin Castle serves as a very important conference center for the Irish government and is the venue for several major yearly international meetings. The captivating history of Dublin Castle goes back to the 18th century, although an earlier form of the castle was already erected on this area as far back as the 12th century. Dublin Castle also came to be the heart of occupational rule during the British occupation, and when the Irish Free State was finally instituted in 1922, it was tendered to Michael Collins in historic ceremonial rites.

Guided tours around the State Apartments are offered in Dublin Castle. These apartments were formerly home to the Vice Regal Court and now serve as quarters for visiting notables. 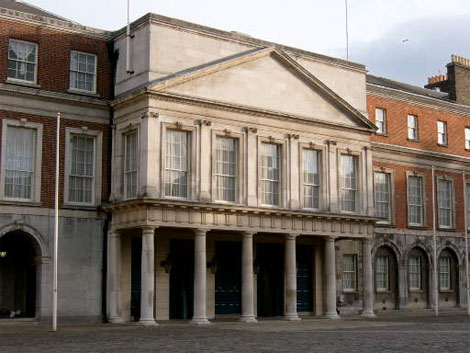 4 – National Museum of Ireland
The National Museum of Ireland is located at Collins Barracks, and one can easily find his way here via Luas, which is considered to be a highly dependable means to going around Dublin. It has three sections, namely Archeology and History, Decorative Arts and History, and Natural History. The Decorative Arts section specifically showcases a wide-ranging array of Irish pride in the form of dress costumes, furniture, weaponry, ceramics and the like.

One can opt to avail of guided tours of the National Museum of Ireland for €2 a head. Each tour can accommodate up to 30 people and lasts for about 45 minutes. 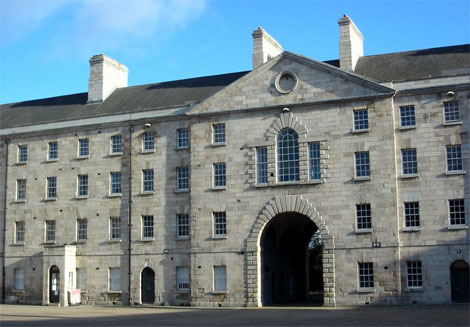 3 – Grafton Street
Open only to pedestrians, Grafton Street extends from College Green alongside Trinity College all the way to St Stephens Green. It is situated in Dublin’s South Side, and is very accessible.

A statue of Molly Malone proudly stands at the end of Grafton Street, which has evolved to be a favorite rendezvous spot for locals and tourists alike. It is also well-known for the myriad of shops dotted along the street and the St. Stephens Green Shopping Center found at the top of Grafton Street. Grafton Street is the number one shopping street in Ireland, full of character, energy and a top class choice of shops.

2 – Temple Bar
Temple Bar is considered the cultural hub of Dublin, and is home to many shops, restaurants and bars. It also has a bustling nightlife. One can easily reach Temple Bar from any point in Dublin. This area is a major draw for hen and stag parties visiting Ireland and for those more interested in seeing Temple Bar without these added obstacles, a day time visit would be best.

By the 19th century, Temple Bar began to deteriorate into urban decay and even once faced being razed over to make way for a bus terminal. However, in the 1990s, a non-profit organization was set up by the Irish government to facilitate the revival of Temple Bar and its conversion into the Cultural Quarter of Dublin. Today, Temple Bar is considered one of the top destinations in Dublin. 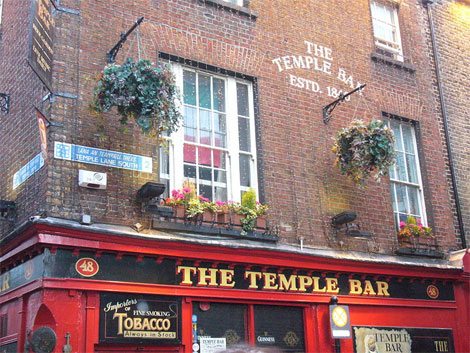 1 – Guinness Storehouse
Fondly called the Storehouse, the Guinness Storehouse is the leading tourist destination in Ireland having received more than 4 million visitors since it opened in 2000. It can be reached by bus, by tram or by foot if you’re coming from the Dublin City Center. It is situated in St. James’s Gate, specifically in the fireplace of the well-known Guinness Brewery of Dublin.

In the Storehouse, the visitor will find a fascinating educational tour detailing the history of Guinness. In 1904, the Storehouse was put up with the original intention of being the site of the fermentation process in the creation of Guinness, and it remained so until 1988. 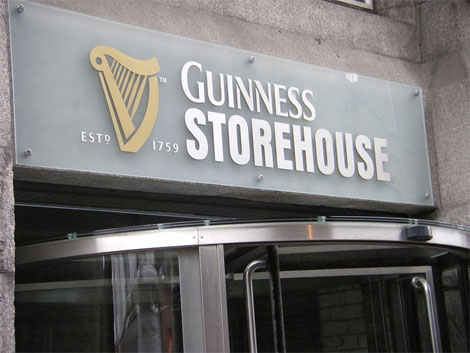 Alternate Top 10 Things To do In Dublin

If you have any suggestions for this list, or have any other suggestions regarding this article, please leave a comment.